Smells like nostalgia! Perfume fans go viral with a list of the VERY retro scents that instantly transport them back to their youth (so, how many do YOU remember?)

By Siofra Brennan For Mailonline

Perfume has the power to transport you back to a time, place and feeling, with just a single spritz of a scent that you used to love.

Now fragrance fans have gone viral with a Twitter thread celebrating the retro scents that instantly take them back to their youth – with some still going strong today, while others have been discontinued.

The discussion was started by influencer Benonwine who asked people to ‘name a perfume or aftershave that takes you right back to your youth?’.

He was quickly inundated with replies as some fondly remembered the Body Shop’s range of scents from Dewberry to White Musk, others recalled the school changing room being enveloped in a cloud of Impulse after PE lessons.

Some recall the moment they thought they had reached peak sophistication after purchasing their first perfume as a teenager, such as YSL Rive Gauche.

Another joked about Denim aftershave for men which smelled like ‘an Austin Allegro’s tail pipe’. 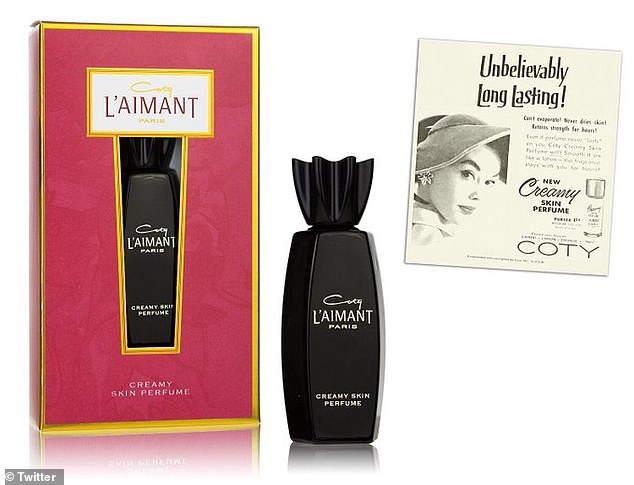 Coty L’aimant creamy skin perfume with notes of sandalwood and vanilla was a purse-friendly option for people who couldn’t afford Chanel No 5. Released in 1956, it is still available today for a mere £6.95, although it’s hard to find the cream version 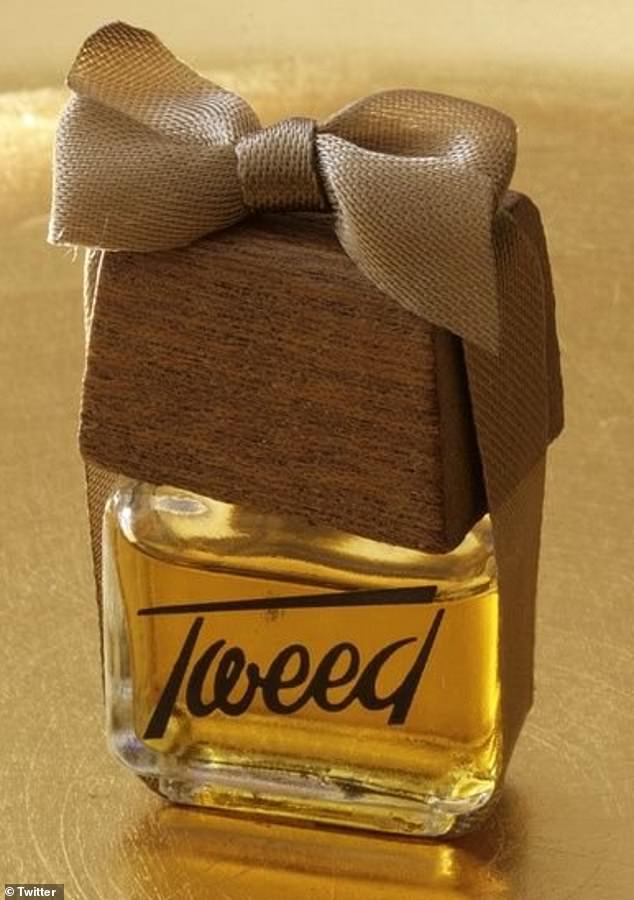 Going strong since 1933, Tweed is desribed as a woody, floral musk. One woman wrote: ‘My mother must have gone through litres of this in the ’70s’ 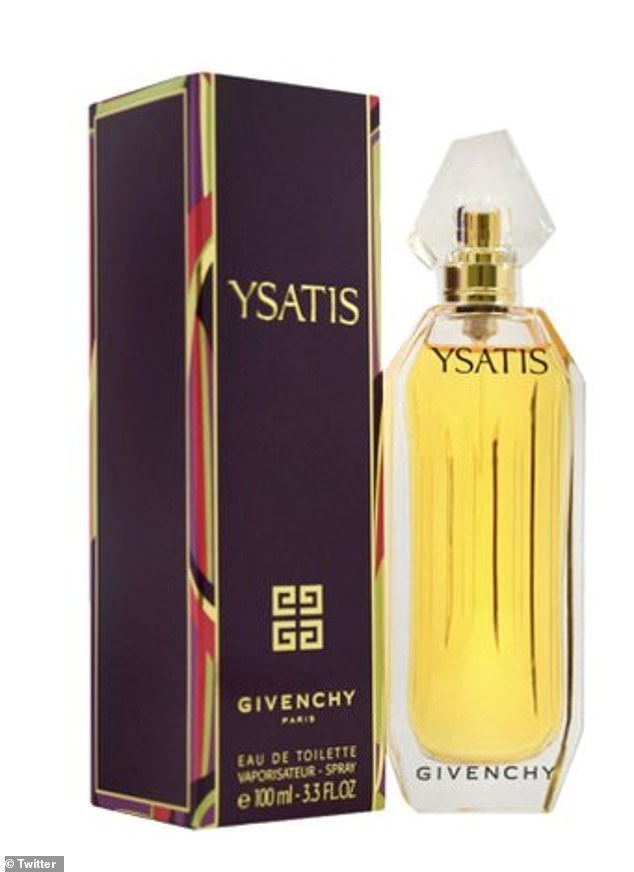 Popular in the ’80s, woody Ysatis by Givenchy is still available to buy today 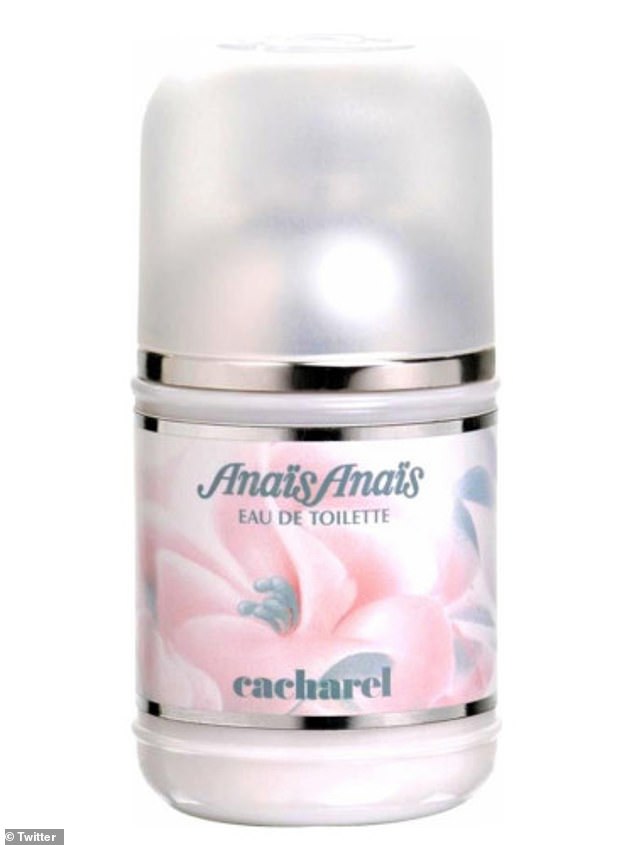 Anais Anais was the first fragrance from Cacharel and launched in 1978. It’s still delighting fans of floral perfumes today 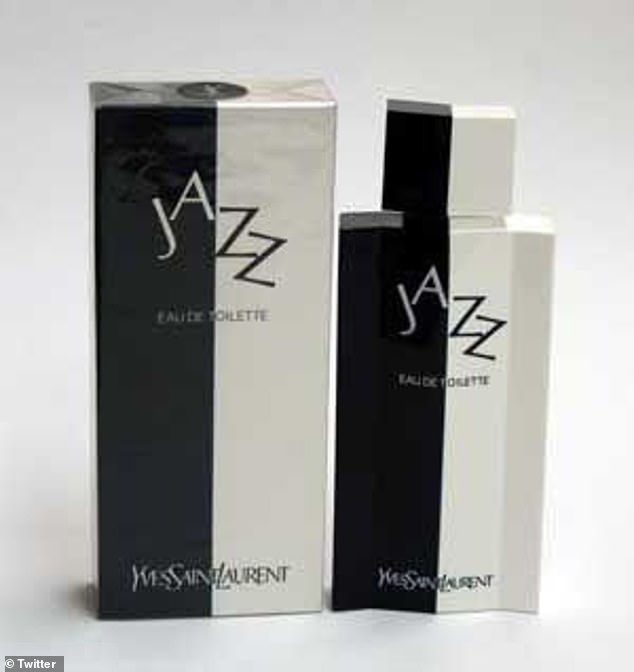 One man said that ‘everyone stank of Jazz’ by Yves Saint Laurent when he first started university. The woody aromatic fragrance launched in 1988 and is still available to buy 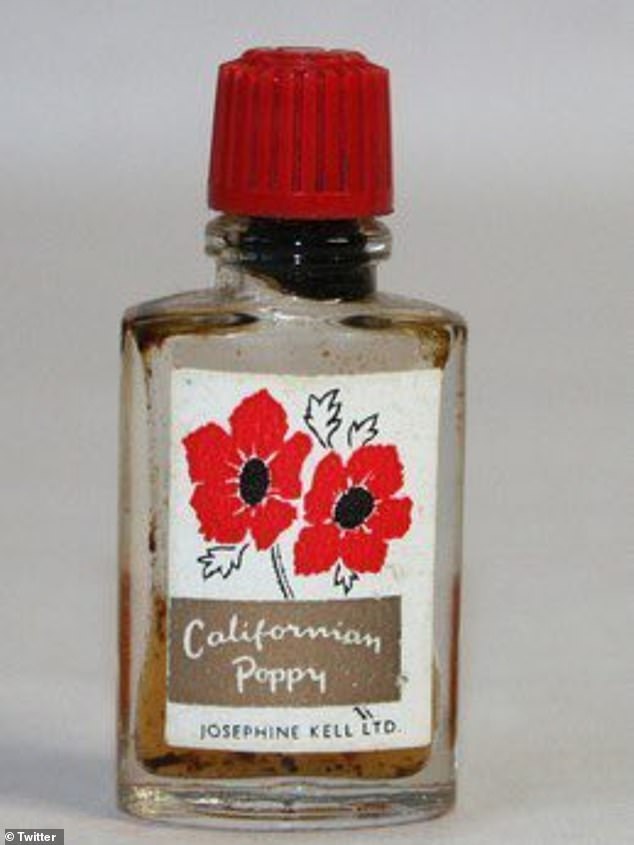 Launched all the way back in 1906, one woman fondly remembers Californian Poppy, which they bought from Woolworths as a teenager 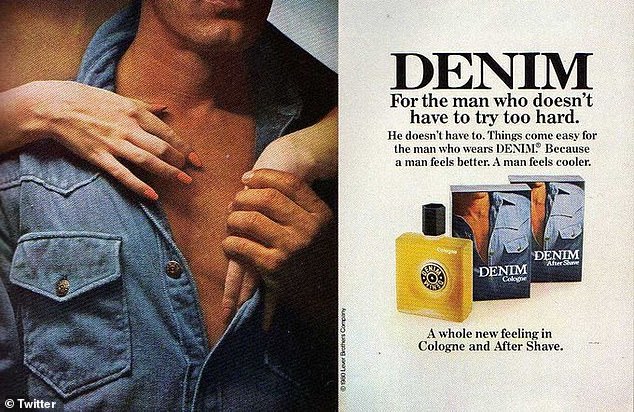 Another joked that denim ‘smelt like an Austin Allegro’s tail pipe’. Launched in 1976, the range has expanded to other grooming products, and still has the tagline: ‘For the man who doesn’t have to try too hard’ 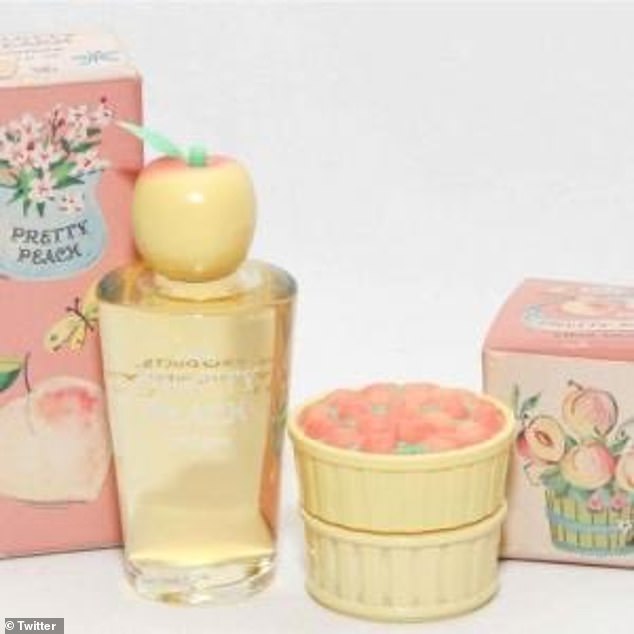 Launched in 1964, this peach fragrance with green notes came with suitably twee packaging. It’s now only available to buy on eBay after being discontinued 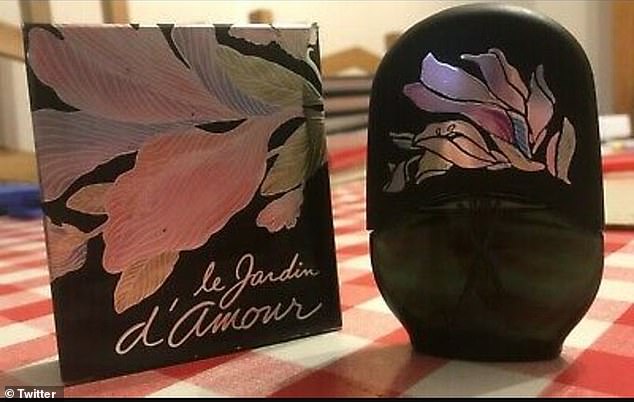 Max Factor’s Le Jardin d’Amour was a floral fragrance launched in 1986, and you can still buy it today. One woman recalled getting a bottle in her stocking every Christmas – but she got the white one, while her sister got the black one ‘because she was older’ 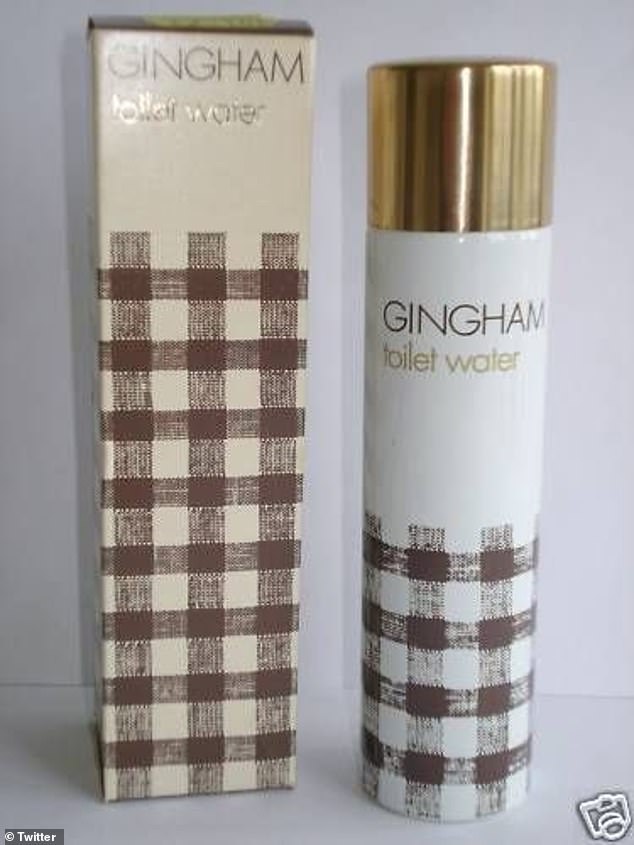 Gingham by Innoxa came in an appropriately checked box and has now been discontinued. It was a blend of ‘rich, warm, sensuous spices blended with citrus notes’ and second hand bottles are circulating online 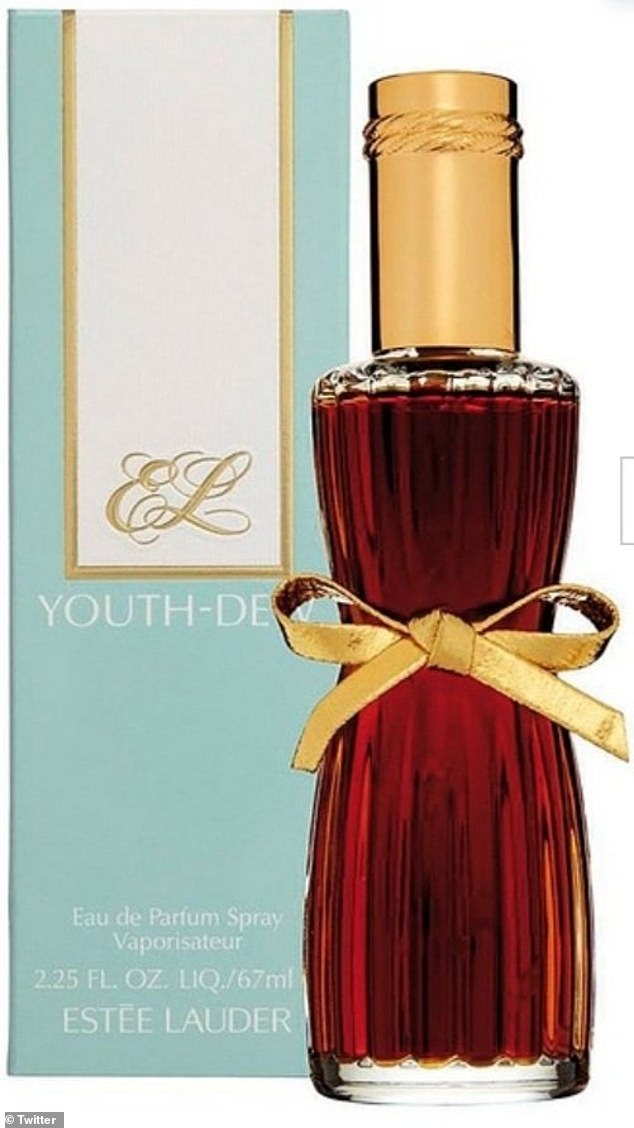 Estee Lauder Youth Dew was a youth-definining perfume for many in the ’80s. Described as ‘one of the sexiest fragrances ever created’ it’s a heavy combination of woody notes and spices 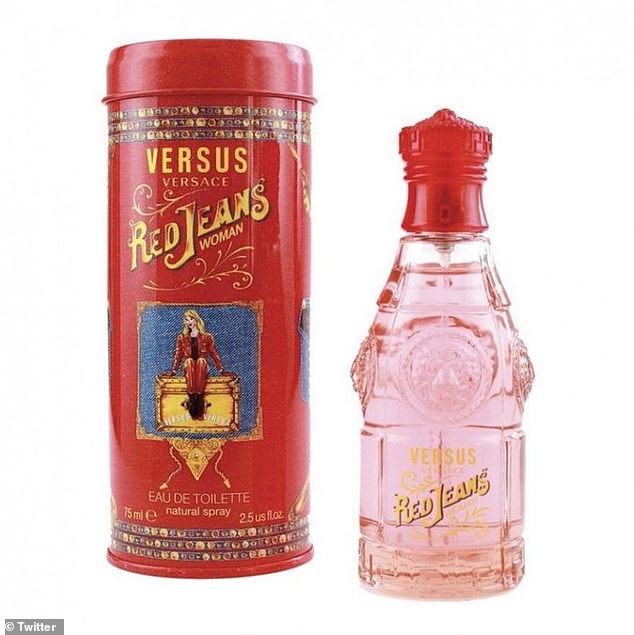 Were you ever a teenage girl if you didn’t wear a spritz of Versace Red Jeans – or its Blue Jeans sister perfume. ‘Me and my pals all had this when we were about 12,’ one wrote. ‘I saw it in Boots recently and just smiled’ 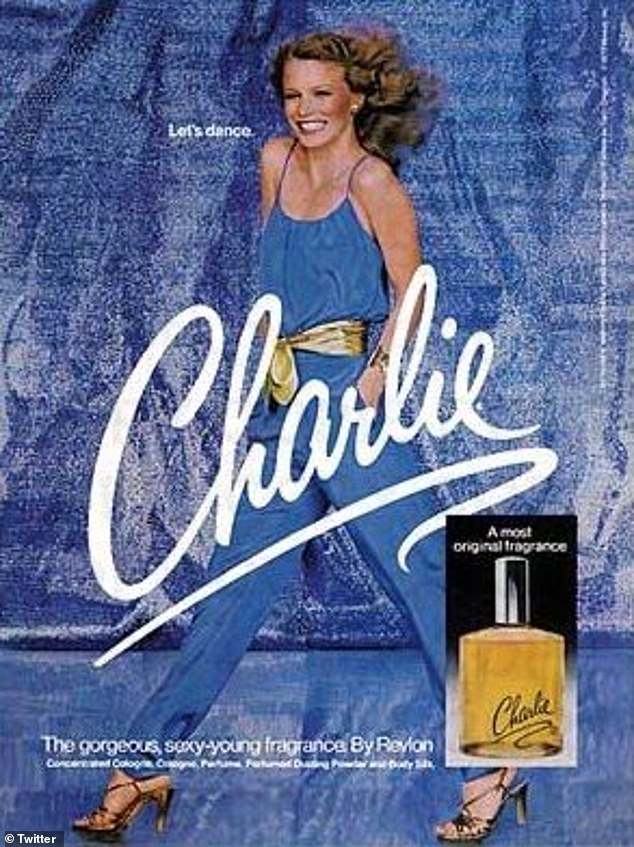 Revlon’s Charlie range of perfumes were a starter scent for most teenage girls in the ’80s and ’90s. Charlie Blue is a  ‘floral fragrance with a citrusy aroma mixed with other notes including rose and vanilla’, according to The Perfume Shop 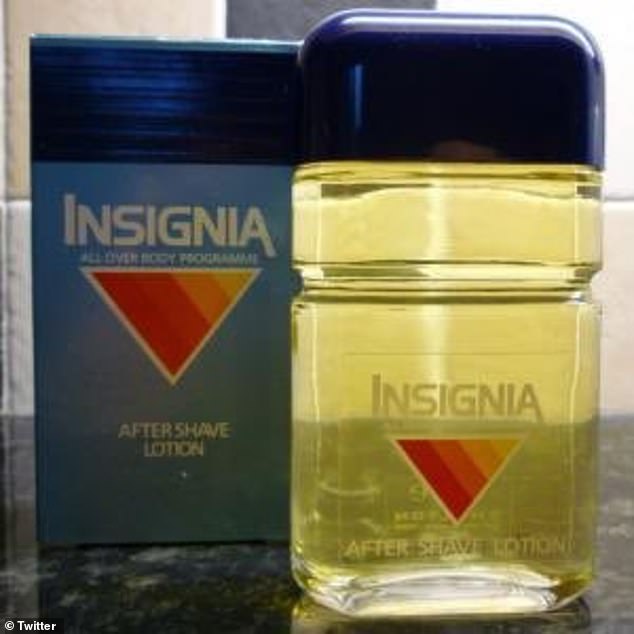