Think of buying perfumes as a similar exercise to buying art. Because these perfume bottles will continue dressing up your vanity long after their scent fades from whichever pulse point your spritz lands on.

Social niceties go: You don’t gift perfume because unless you’re very close to said perfume-gift receiver, someone’s scent preferences are unknowable. Too personal to risk a bad present. Too intimate to risk a “Well, I guess you don’t really know me” conversation.

And yes, those are, technically, good thoughts. Thoughtful thoughts. But there are two components to a perfume: one, the scent and, two, the bottle it comes in. Now, there’s a time and place for no-frills minimalism, but if you’re not quite so sure about the scent, then you must be sure about the bottle the scent comes housed in. Get one with personality. Get one that says, “Hey! I’m really good looking!” Get one that would look incredible on any vanity, smelling great — or, alas, smelling a little stinky. 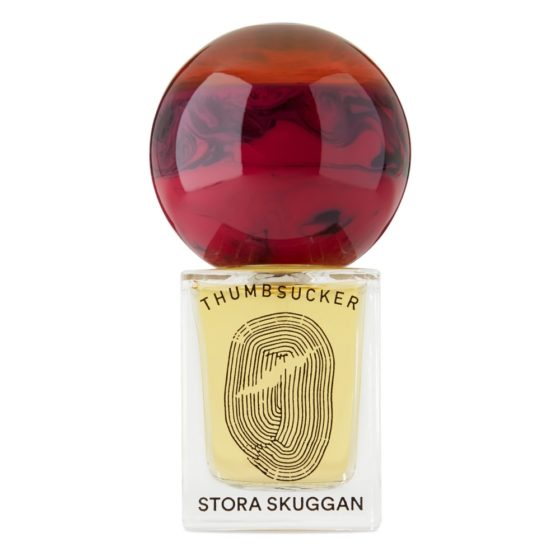 Every Stora Skuggan fragrance is something that’d rest beautifully on any surface that has room. A pile of coffee table books. The square footage atop your IKEA Malm drawers. The smidgeon of space in-between copies of unread paperback romances. Astonishing looks aside — those spherical stoppers are extraordinary — Stora Skuggan’s scents distill entire universes into alcohol et al. They might be built around a myth. A phenomena. A mystic, sonic boom (It’s called Mistpouffer and it smells foggy). Ancient Hindu tales of magic potions that lay that groundwork for explaining why babies suck on thumbs. Like I said, extraordinary. 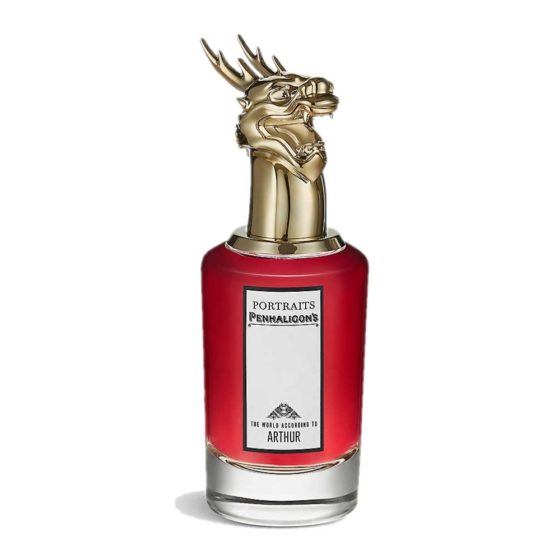 Penhaligon’s “Portraits” collection is always an excellent bet when it comes to fragrances that really impress: on the nose, and on the eyes. A dragon’s head — with snout agape, about to breathe fire — sits guarding the firey-red potion that makes up The World According to Arthur and, like all “Portraits” EdPs, it arrives with a colourful, fictitious, old English backstory. As the tale goes, Arthur is the brother of Lord George, another fragrance wielding an antlered buck, who’s just come back from travels and, from the looks of him, went somewhere Far East. 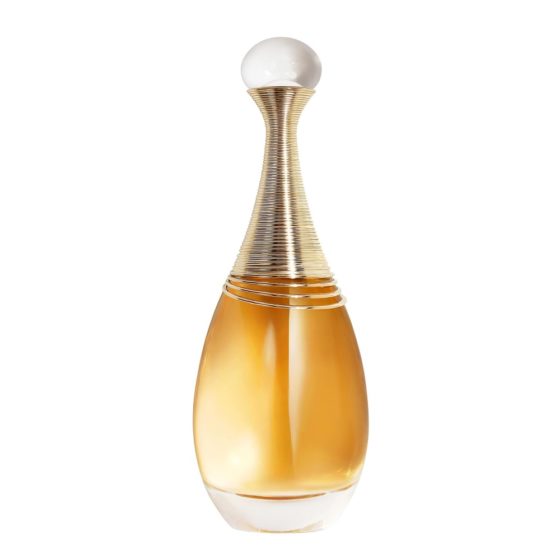 Now, who can forget those Charlize Theron Dior ads from a decade ago where she’s dripping in gold and catwalk-strutting alongside the likes of (AI-generated) Marilyn Monroe, Marlene Dietrich and Grace Kelly? Dior has a stunning portfolio of fragrances for both men and women — if you’re a guy, Dior’s Sauvage is extremely hot — but J’adore’s amber, hourglass-shaped coffret, for which Theron is the face of, is really something to behold. It looks like it’s wearing fifty gold necklaces! Which means: a perfect jewellery box complement. 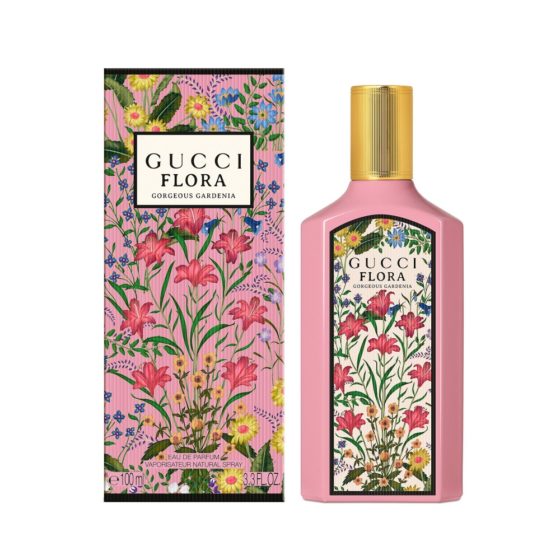 Maybe your Pinterest moodboard leans more twee; more ditsy florals and antiqued wallpaper and the Oscar-nominated art direction of Pride and Prejudice (2005). To each their own! This Gucci Flora Gorgeous Gardenia relaunch — demonstrably, a scent built around the gardenia — frames artist and illustrator Vittorio Accornero’s OG Gucci florals from the ’60s within an arched window so the new, elongated bottle looks like canvas to a framed picture. Pretty! 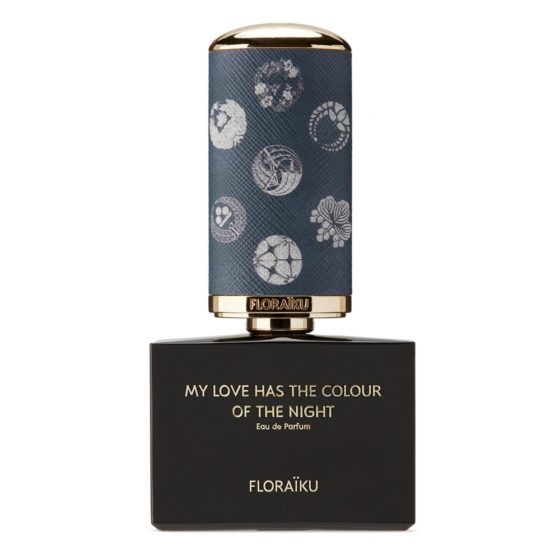 Floraïku’s perfumes are beautiful but they’re also smart and, like all smart things, hold important secrets. Every Floraïku fragrance comes in a similar design; a rectangular body stoppered with a taller, graphic-printed handle. But the handle is not merely decorative, no. The handle, actually, holds within it a clever travel-sized vial of the same scent, so you never have to be without. Genius! Beauty and brains. Diptyque’s line of solid perfumes make the business of smelling good much more mobile and much less messy in-transit, for one, but the compacts the product comes in are also something special. From sailboats to flower arrangements to swimming swans, Diptyque’s solid perfumes set the scene for smell-goods that look incredible. And even better: they’re refillable. So if the scent your preferred compact comes in isn’t quite for you, you can exchange it for something that is. 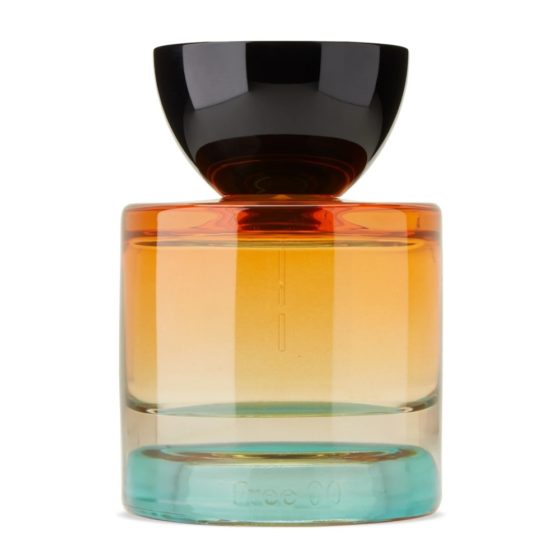 Vyrao doesn’t just make scents, they say. They’re also proprietors of good feelings, they say; the world’s first wellbeing brand to fuse energetic healing with master perfumery, they say. If you think about it, it’s a combo that really does make sense, considering the almost-magic way we connect scent to memory — and memory to so much that makes up our identities, however latent. Free 00, layering fresh Sicilian lemon (that uplifts) with mandarin (that elevates) and soothing orange flower (for anti-anxiety), centres in on moods of liberation and sensuality. But even if the woo-woo doesn’t appeal to you, Vyrao’s library of scents come cloaked in palettes of multi-coloured gradients that’d sit pretty on your vanity like objet d’art, if nothing else. Here’s a fun exercise: turn your palm face up, curve your fingers a few degrees inwards and, there. Negative space that would perfectly cradle this Wonderwood Eau de Parfum from Comme Des Garçons’ line of fragrances that just look like they’d feel nice to hold. Wonderwood leans in heavy with an overdose of woods, woody notes and synthetic wood constructions which includes gaïac wood, cedarwood, sandalwood, agarwood and more. All the woods you can think of. 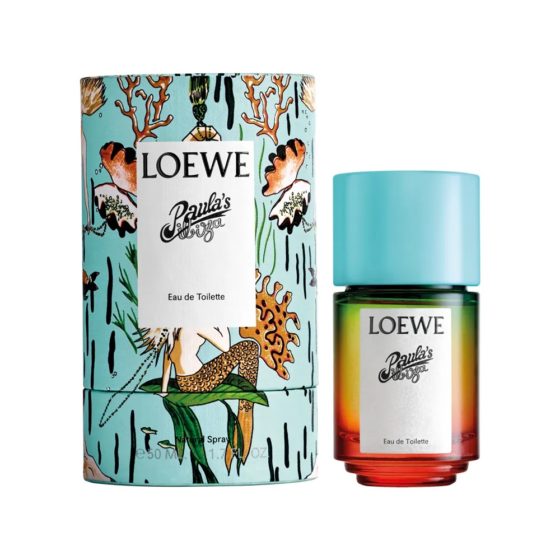 There’s nowhere that screams “summertime escapism” more than the sandy shores of Ibiza (or, realistically, the EDM raves you’d be stumbling home from). A heady combination of both scenic locales, LOEWE’s Eau de Toilette for Paula’s Ibiza bottles up summer with a coconut water base decorated with bright green galbanum and Madagascan mandarin oils alongside heart notes of driftwood, sand lily and frangipani flowers, in a glass bottle that bleeds from green to yellow to red. That very same traffic-light progression you felt from your first drink to your last the previous evening. 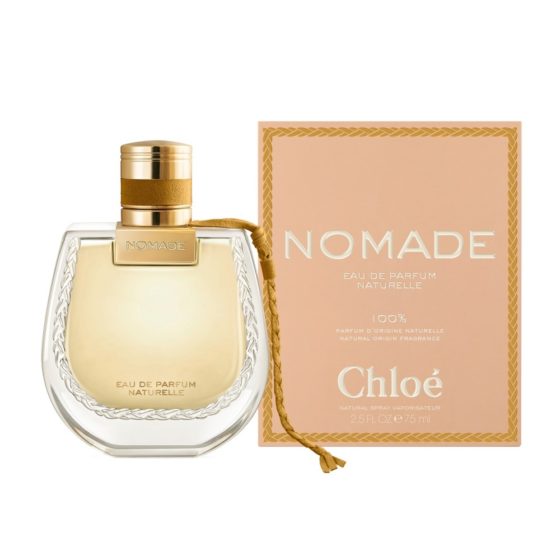 A Chloé girl is a horse girl. I’m sorry, but I don’t make the rules. If you perpetually have a copy of Black Beauty in every bedroom you occupy, Chloé’s Nomade Eau de Parfum Naturelle — a 100% natural-origin fragrance headlining on Egyptian jasmine absolute notes — falls into the crescent shape of a saddle complete with a braided suede strap swinging from the cap to really tie in the equestrian theme. Finish the mise-en-scène with cowboy boots, something paisley-printed and a heartfelt “Giddy-up!” 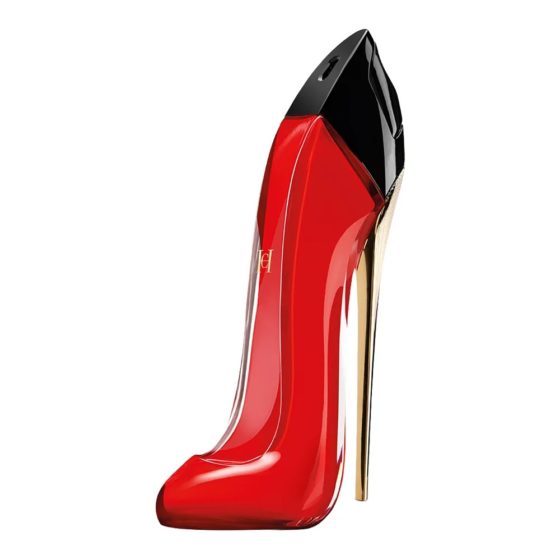 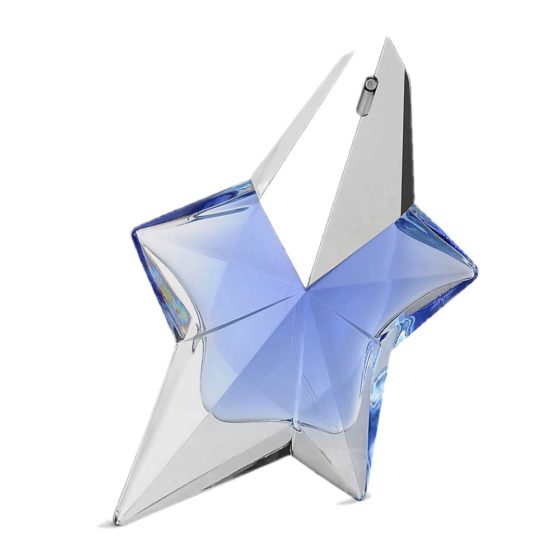 “I wanted to have such a sensual contact with this perfume, that you almost want to eat the person you love,” said Thierry Mugler about Angel, his debut fragrance that turns thirty this year. Upon Angel’s launch in 1992, it was a scent that shifted the perfumery universe’s axis; shoved it several inches off-kilter, in fact. First, Angel is blue. Coloured perfumes might not seem surprising now, but at the time, it was revolutionary; a first. Second, Angel pioneered the modern “gourmand” scent family, which means what it’s named — that the olfactive notes are primarily derived from edible components. Think chocolate, vanilla. Whatever they have blowing through K11 MUSEA. Third, it has always been refillable. Because you wouldn’t want to throw away a bottle as beautiful as this. 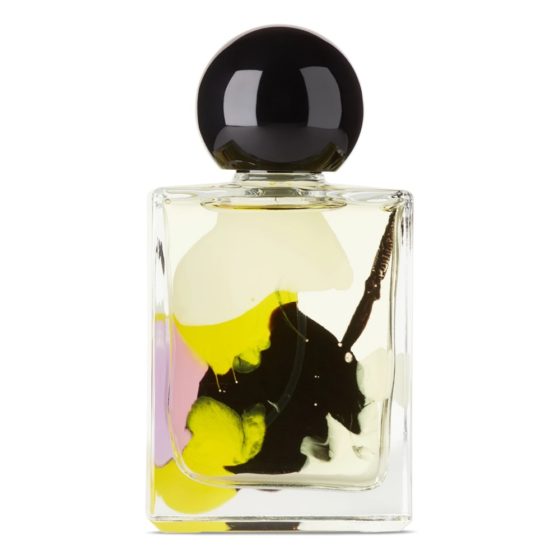 Sometimes, perfume means more than just perfume. The simple, flask-like receptacles that house Folie à Plusieurs’ range of perfumes act, effectively, as an olfactive gallery space. Each scent is canvas for a dedication to a specific cultural artefact — say, a scene from a movie; a passage from a novel; frames from a photo essay — that inspired said fragrance. Find Me, for example, was rendered in collaboration with FSG Books US Macmillan as a homage to author André Aciman’s sequel to Call Me By Your Name. Find your favourite. Or, let Folie’s library inspire a new favourite, be it novel, film or fetish. 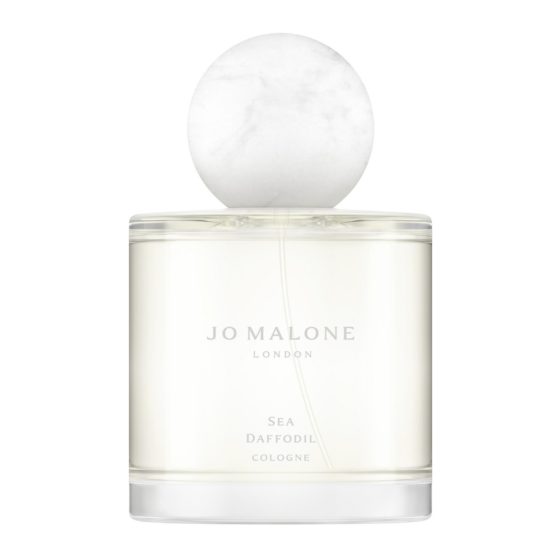 Chancing upon sea daffodils is an event that should come accompanied with wonder; it’s a rare thing indeed to happen across these small, white, hawkmoth-pollinated seafarers that flower late in summer, by salt-blown dunes framing the Mediterranean Sea. Jo Malone’s Sea Daffodil cologne — sun-kissed, too, with ylang ylang, vanilla and creamy sandalwood — tops off a summery solar fragrance with a special grained cap inspired by sea-washed pebbles. And, no, those aren’t imperfections; each cap comes as unique as the rock formations they’re shaped in the form of. 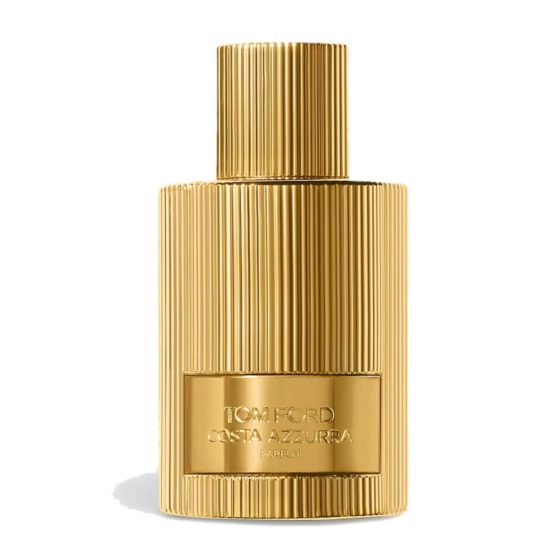 All gold everything can easily traverse from “refined and expensive” to “Donald Trump’s water closet” at a moment’s notice. So don’t! Use the shiny shade sparingly; as an accent nod, if you must. TOM FORD’s Costa Azzurra Eau de Parfum — which smells of sea air and “the relaxed and sexy mood of the Mediterranean,” according to Tom Ford — is faceted with those familiar Art Deco scores and will look so very expensive on your boudoir. Because I’m assuming you have one.

Header and featured images courtesy of Vyrao and Skora Skuggan